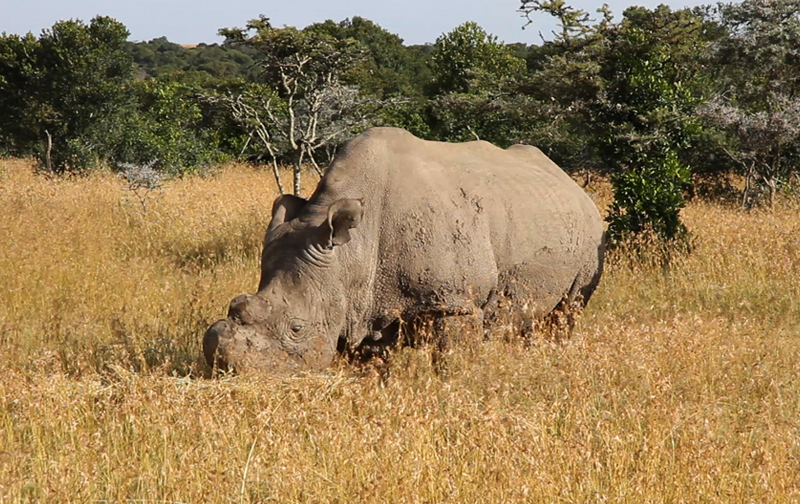 Scientists hope that advances in in vitro fertilization (IVF) techniques can offer hope for the survival of the northern white rhino, after the last male of the species died last week.

The death last week of Sudan, the last northern white rhino male, has led to worries that the subspecies will go extinct, as the last two northern white rhinos still on earth are female. They are Sudan’s daughter Najin, and her daughter Fatu, both of whom remain at the Ol Pejeta Conservancy in Kenya.

Sudan (45) was put to sleep on Monday, March 19th, after complications related to his age worsened. The lone bachelor – as he was often referred to – had become a symbol of wildlife conservation efforts to save his subspecies from extinction.

The only hope for the preservation of this species lies in developing in vitro fertilization (IVF) techniques. This entails using eggs from the two females, stored northern white rhino semen, and surrogate southern white rhino females. Ol Pejeta Conservancy and Dvur Králové Zoo are now partnering with IZW Berlin, Avantea Cremona, Embrio Plus / Alta Genetics ZA and the Kenya Wildlife Service to research IVF technology. They hope that this science may be able to help save the subspecies.

Sudan was being treated for complications related to his age, which led to degenerative changes in muscles and bones. These changes combined with extensive skin wounds. In his last 24 hours, Sudan’s condition degenerated significantly, leading to him being unable to stand up. It has been reported that Sudan “was suffering a great deal”. The veterinary team from the Dvur Králové Zoo, Ol Pejeta and Kenya Wildlife Service made the decision to euthanize him, in order to keep him from more pain and suffering.

Richard Vigne, the CEO of Ol Pejeta Conservancy, released a statement regarding Sudan, saying “We on Ol Pejeta are all saddened by Sudan’s death. He was a great ambassador for his species and will be remembered for the work he did to raise awareness globally of the plight facing not only rhinos, but also the many thousands of other species facing extinction as a result of unsustainable human activity. One day, his demise will hopefully be seen as a seminal moment for conservationists world wide.”

Ol Pejeta Conservancy has made a global call for Sudan’s life to not be in vain, and urged the world to make donations to conservation efforts.