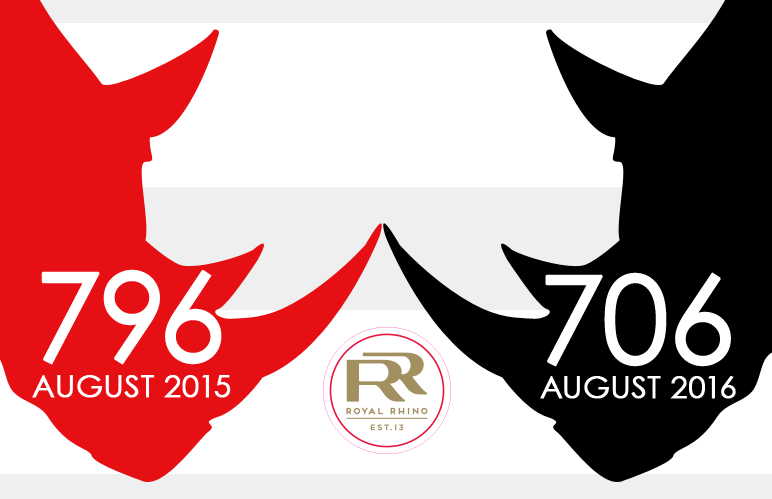 In the month of September the Minister of Environmental Affairs (DEA), Edna Molewa, revealed to the public that there are promising signs that rhino poaching is on a downward trend in the year of 2016. This statement resulted from the most recent statistics gathered over a period from 1 January 2016 to 31 August 2016.

This might seem like it will amount to somewhat of a small victory, but not everyone is convinced. While private rhino owners and conservationists commends the efforts of rangers and anti-poaching units to fight the war on poaching, they are concerned that the stats may not represent all the full picture.

The worry is that there are some poaching incidents which have not been taken into account. People in the industry also know of many orphans who have never been found. It is also important to note that whilst poaching has decreased in the Kruger, it has increased in other provinces.

Poaching has declined by 17.8 % in the hardest hit area, the Kruger national Park. 459 poached rhino carcasses were found in the KNP this year, compared to 557 at the same time last year (31 August 2015). Overall poaching rates declined by 15.5 %, where nationwide, 706 rhinos have been poached so far, compared to 796 in August of last year. KNP unfortunately recorded a staggering 2,115 illegal incursions during the first eight months of the year, which is a 27.87 % increase from last year.

On a more positive note, 414 alleged poachers were arrested in 2016. 177 of those were arrested due to crimes liked to the Kruger National Park and 237 poachers for the rest of the country. This might seem like progress, but unfortunately this year is not over yet and the battle to keep poaching numbers down for 2016, is far from over.