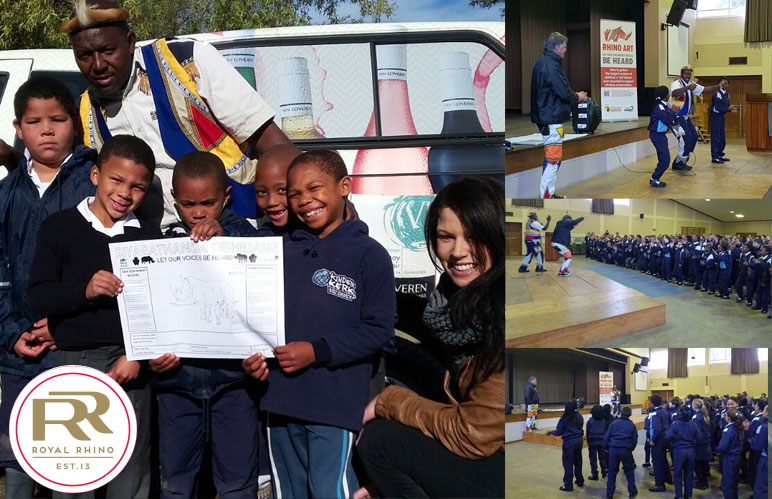 The initiative was started to give young people a voice against poaching by using their art. The aim is to gather the largest number of children’s voices ever recorded in support of rhino conservation.

The Rhino Art team travels to different schools to involve children from all walks of life. Their aim is to engage hearts and minds on the subject and cultivate a next generation of rhino “ambassadors”.

Children are thus exposed to environmental education in a fun way. They are given a piece of paper to colour in a rhino and her calf. They also have the opportunity to write comments on it or make a statement about their feelings on rhino poaching.

So far Van Loveren Wines, South Africa’s biggest family-owned winery, has been involved with three schools as part of this initiative, namely Wakkerstroom Farm School (in Mpumalanga) and Robertson Primary and Robertson Voorbereidingskool (in the Western Cape).

The initiative was launched by the Southern African explorer and humanitarian Kingsley Holgate in 2013, in partnership with Project Rhino KZN. So far approximately 200 000 children have been reached worldwide, including in Vietnam and Southern Africa.

Through the joy of the arts, children’s voices can be seen and heard. Their voices on the subject need to be amplified and heard by a bigger audience, including government leadership.